It's time to look at the rest of the market.

All cryptocurrencies that aren't Bitcoin can be collectively referred to as altcoins (or 'alts'). There are thousands of them. Bitcoin is king for good reason, but are any of the alts worth keeping an eye on? To help us figure out what's going on in the rest of the market, there are couple of crypto categories that you should be aware of before treading cautiously into the altcoin market. They have somewhat derogatory terms:

Scamcoins: Coins created as get rich quick schemes by their developers. These coins usually have certain properties, such as being clones of an existing coin and being pre-mined. The existence of scamcoins is one reason most cryptocurrencies currently in existence will become worthless. Most scamcoins are also shitcoins, but the reverse is not necessarily true.

Needless to say they are an easy way to lose your hard earned money.

Shitcoins and scamcoins are rife, but identifying them is a somewhat harder task - although not impossible if you look beyond a fancy website and try to find out some concrete facts about the project. It's vital you do your own research (DYOR) and take responsibility for your investment decisions.

If you talk to Bitcoin maximalists (they believe in one coin to rule them all), they'll tell you all coins bar Bitcoin are shitcoins.

Think of the altcoin market like a laboratory. In this laboratory a number of tests and experiments are taking place. For example, some alts are attempting to be the fastest, some are trying to be better than Bitcoin, some are simply a testing ground for new Bitcoin features, and some are trying to change the landscape entirely. All of them are at various stages of their development, and (for one reason or another) some will succeed whilst others will fail. The laboratory is also prone to accidents of a corrosive and toxic nature, this results in the production of scamcoins and shitcoins.

Bitcoin is the most decentralized, most secure, and has the longest history. Most of the others have only varying levels of decentralization (or none at all). Whereas despite the fact that Bitcoin could implement many more improvements, it is already good enough to fulfill a role as 'hard money' - see the traits of money table from the first crypto in 10 post. Whilst some alts are promising and have a certain level of maturity, none of them can claim that in the same way Bitcoin can yet.

Unless you want to play off extremely risky and shady pump and dump schemes for quick gains, you'll need to avoid shitcoins and scamcoins and look for respectable projects that have real world use cases and are measurable in their progress. This is easier said than done, but it doesn't mean it's not worth it. Altcoins can provide astronomical returns higher than Bitcoin, but they also tend to dump harder, so its a high risk, high reward scenario.

Just like there is an undisputed king of crypto in Bitcoin, there's an undisputed king of the altcoins. And just like Bitcoin has good reason to claim that title, so too does Ethereum. It's worth looking into other projects later down the line, but for anyone new to the space its a very good idea to familiarize yourself with Bitcoin and Ethereum first. They both have immediate (and vastly different) use cases and they are both easy to get started and interact with. They will also provide a good educational grounding for the rest of the projects you look at.

Ethereum is from the mind of Vitalik Buterin and launched in 2014. It has gone on to become the no 2 crypto and the most recognized after Bitcoin. Whilst many other coins on the market fit into a "beware of imitations" category, Ethereum differs wildly from Bitcoin from the outset.

One of Ethereum's prominent features is smart contracts. At a simple level, smart contracts are agreements between parties in the form of computer code. An advantage to this is that it eliminates the need for third parties and middle men, allowing complex transactions to be executed via a few clicks of a mouse. The transactions only happen when all the conditions of the agreement are met. Ultimately it allows for the removal of fees for commissions, banks, lawyers and more - not to mention it's highly efficient nature. Smart contracts have paved the way for a Cambrian like explosion of decentralized finance (DeFi) tools now available on the Ethereum network.

Ethereum is a burgeoning ecosystem all of its own. It's flexibility and composability mean that separate tokens and applications can be created within it's network, and this in turn allows for innovate product and service offerings such as fractional real estate ownership and decentralized financial services offering interest rates you won't get at any local bank.

Ethereum already has many useful and functioning DeFi tools. Rather than just continue to talk about them, let's get busy and experience a few of them first hand.

First, we're going to need a web wallet. With the experience you now have, this should be a fairly straightforward set up. Just remember to back up that seed phrase.

Read more posts by this author

Bitcoin, Blockchain and Cryptocurrency for Beginners

The link has been copied!

8. Set Up Your Web Wallet

There was an error sending the email, please try again

Check your inbox and click the link to confirm your subscription 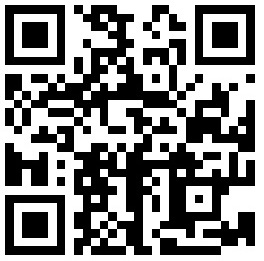 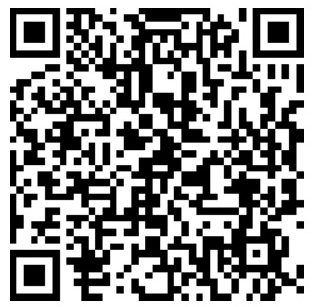 May we suggest a tag?